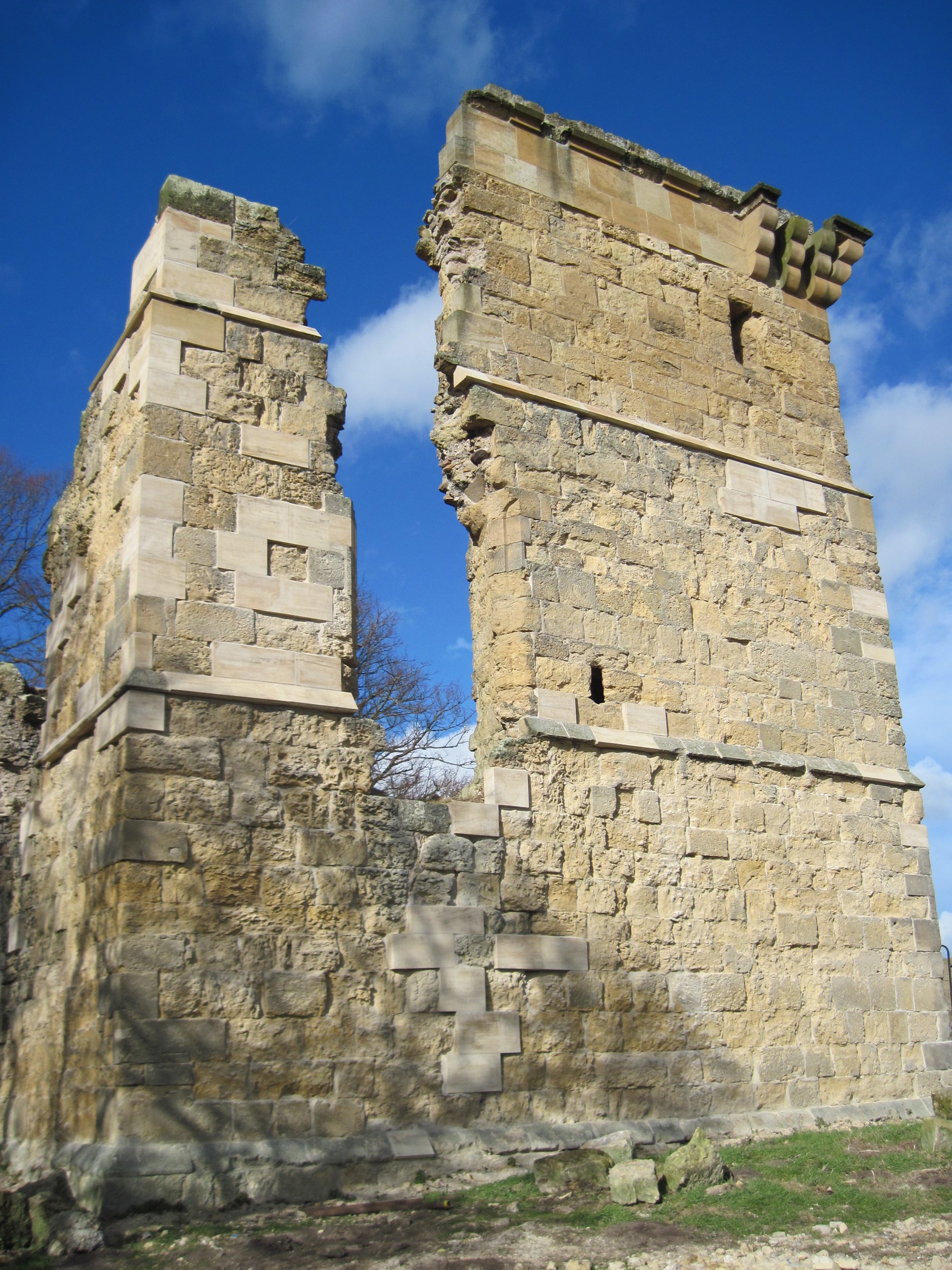 The ruined castle is all that remains

The ruined castle is all that remains of a fortified house called a Pele Tower which was constructed in 1410 by Sir Ralph Eure, a wealthy landowner who had married into the local de Aton family.

In the 13th and 14th centuries, the north of England was regularly attacked by Scottish clans or English Border Reiver families. After the Battle of Bannockburn, triumphant Scots reached as far south as Yorkshire and almost certainly attacked the 13th century house on the Ayton Castle site.

At the turn of the 15th century, Sir Ralph Eure, a notable figure from Northumberland, married Katherine de Aton and set about building an improved building which would be more effective against any future Scottish raids. He based his design on a Pele (pronounced peel) Tower which was a common defensive dwelling of the day along the Scottish Borders and in his native Northumberland, but rarely built this far south.

There is no parking at Ayton Castle or on the adjacent streets (Castle Rise and Yedmandale Road). Visitors are asked to park in the village.